The official countdown is on – Christmas is fast approaching! This Christmas season, give the best gift of all, the gift of music! The Leading Note is the perfect place to find gifts for the musicians in your life – including yourself. We have a wide selection of gift items to fill your holiday home galore!

END_OF_DOCUMENT_TOKEN_TO_BE_REPLACED

Stop by soon to check out these new Christmas music titles, just received at The Leading Note!  Our entire selection of music for the holidays is now on display.  Here are some old and new favourites to keep your days merry and bright!

END_OF_DOCUMENT_TOKEN_TO_BE_REPLACED

The bookshelves at The Leading Note are always getting more full. We recently added a few new books to our shelves that tell the stories of major Canadian musical institutions. One of these, The National Arts Centre, is very close to home—only a few blocks away. Other books cover opera, musical theatre and choral music. Read on for more information.

We also have two new books that narrate the history of the theatrical musical productions in Toronto, both opera and music theatre: END_OF_DOCUMENT_TOKEN_TO_BE_REPLACED

We are pleased to announce that The Leading Note now carries books in the Bard Music Festival Series.

Founded in 1990, the Bard Music Festival is an annual series of concerts and lectures held at Bard College in Annadale-on-Hudson, New York. Each year’s event focuses on the life and work of a single composer. Lectures are presented that give insight into the circumstances, experiences, cultural scene and political climate that informed the composer’s artistic output. Concerts accompanying these lectures provide attendees with a thorough exposure to the selected composer’s work.

Following the festival, Princeton University Press publishes a book featuring the essays presented that year. Each book gets a standardized title: “[Composer name] and His World” (To date the festival has not featured the work of a woman; perhaps it is about time!).

There are currently 22 books in the series and The Leading Note has 11 of these in stock (as of this writing).

The Bard Music Festival Series offers serious music fans in-depth exposure to the worlds of composers. The collection of essays in each book is quite eclectic, offering engaging chapters for readers new to the composer and for serious fans looking for more scholarly analysis. Come check out our selection in store. Makes a great gift for your favourite music fan!

While learning to improvise has long been a requisite technique for both jazz musicians and organists, renewed interest for the art in the classical tradition has resulted in some interesting new publications lately. The study of improvisation in a jazz style is well covered in the literature and we have numerous books that deal with this specific topic and jazz theory in general that are well worth a look, but we also have a few other books with unique approaches especially tailored to classical musicians. Here are a few examples.

Akiko & Forrest Kinney’s Pattern Play Series is a progressive improvisation method for pianists published by Frederick Harris, the Toronto company that publishes the books of the Royal Conservatory of Music. In Pattern Play, short musical fragments called “patterns” are provided as a foundation on which the student can begin to improvise. For beginner students, the teacher can play the pattern; more advanced students can play the pattern in one hand while improvising with the other. Each “pattern” is complemented by a “vacation” (or several) that provides a musical alternative from the pattern to create more variety. Suggested variations on the pattern and vacation are also included. Students are instructed to use particular scales for their melodic improvisations. END_OF_DOCUMENT_TOKEN_TO_BE_REPLACED

We now have two music puzzles from Henle Verlag in stock.  The puzzles show reproductions of manuscrips of Haydn’s Variations in F Minor or Mozart’s Variation on Ah, vous dirais-je maman.  They make great Christmas gifts for your musical friends! 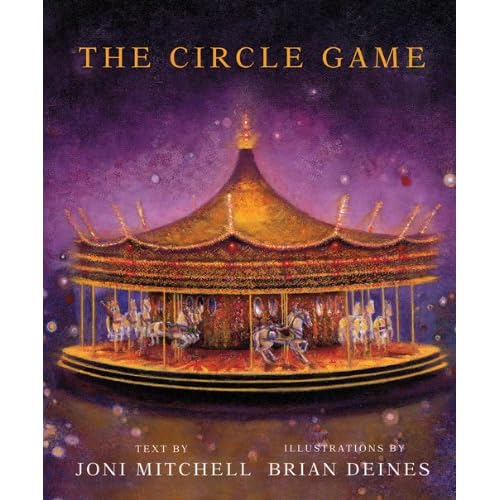 We also have many music-themed children’s books to encourage more singing and less yelling at bedtime, including:

Come check out our extensive selection of gifts for your musical family and friends.

The solution for that nameless tune you’ve been humming
July 14, 2011

The Leading Note now has a copy of one of those long-neglected treasures of scholastic research, discarded as worthless by ignorant but pretentious academics only to fall into obscurity and forgotten by the collective memory of our culture, following the same fate as the slide rule, the rotary phone, BBS sites, and the definitive biography of the late-great P.D.Q. Bach (which we do, in fact, have on our shelf).  Rejected by a dozen or two publishers before finally hitting the press and hailed subsequently as a work of genius (Andre Previn called it “amazing”), Denys Parsons’ The Directory of Classical Themes solved once-and-for-all the ailment that plagues all who suffer from the insidious earworm, allowing even the musical luddite the power to Name That Tune.

Parsons’ ingenious system allows any person, even one without any knowledge of musical theory, to assess and classify the tune she is humming by its most fundamental of features, namely its up and down motion.  Got a tune stuck in your ear?  The Directory of Classical Themes will identify it for you, immediately removing its mystery and allowing your mind to focus on some other irritating question instead of repeating the God-forsaken melody incessantly while you bathe, eat, sleep and work.

Denys Parsons’ The Directory of Classical Themes: available now without prescription at The Leading Note.